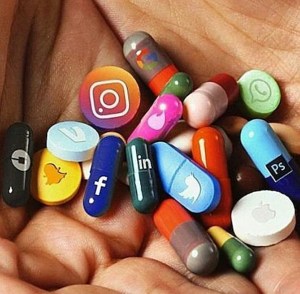 Do you feel like you’re behind in your life? Have you ever said to yourself, “I should be further ahead by now!”? It’s such a discouraging place to be. But what’s worse, this feeling keeps you from moving forward and getting to where you want to be. At the end of the day, you just keep feeling stuck and worried. So, if that’s the case, you’ll want to keep reading to learn how to stop feeling behind in your life.

According to life coach and author Marie Forleo believes this feeling of being behind in life is actually a sickness. In fact, people can feel it no matter how much they accomplish or how old they are.

But there is one very important step to overcome this sickness of feeling behind. It’s not easy and it definitely takes discipline and some vigilance, but it’s totally worth it in the end. Are you ready?

It’s time to stop comparing yourself to others, and it’s time to put down your smartphone.

As Forleo likes to put it, every time you compare yourself to others, it’s like doing shots of a very bad liquor. And it leaves you with a comparison hangover, where you feel anxious, hopeless and frustrated. What’s worse, comparison is very good at taking away your happiness, since you never feel satisfied with what you have or where you are.

So how can you stop comparing and stop feeling behind in life?

Forleo recommends putting on some blinders, so you don’t spend so much time watching everyone else. This can mean going on a social media detox and unfollowing people who trigger your comparison habits. It can also mean cutting out unrealistic portrayals of reality on TV or magazines. When you stop focusing on whatever everyone else is doing, you get to spend all of your energy, focus and intention on what you want to do. That will help you get to where you are and you’ll probably stop feeling behind in now time.

Now let’s talk about those tiny little triggers in your pocket or purse…your smartphone.

Smartphones are great, but it’s safe to say we could all benefit from a smartphone break from time to time. Smartphone use has been linked to increased rates of anxiety and depression in teenagers. And a new study shows that for some individuals, too much smartphone use can prevent them from dealing with emotional upsets in a healthy way.

In a new study entitled, Distress tolerance and mindfulness mediate relations between depression and anxiety sensitivity with problematic smartphone use, researchers surveyed 261 college students over the course of one month.

First the study set out to see how a student’s depression severity and anxiety severity would impact their tolerance for distress as well as their mindfulness. Once researchers identified the students distress tolerance and mindfulness, they predicted their smartphone use for the coming month.

According to study author, Jon D. Elhai, “People with less ability to endure emotional distress, and people who use less mindfulness awareness to regulate emotion, had greater severity of problematic smartphone use.”

Therefore, without the ability to process, cope and work through emotional distress can increase the likelihood of reaching for the smartphone. However, since excessive use of smartphones have already been shown to increase depression and anxiety rates in young adults, this behavior will only keep individuals in a vicious cycle.

The solution? Elhai explained that “The ability to regulate emotion may be an important variable to help offset problematic use of technology.” Therefore, it may be imperative for individuals who struggle with depression and anxiety to develop emotion regulation skills. This can help them cope and process emotions in a healthy way, rather than rely on smartphones.