Featured Blog From Ivee: 5 Ways to Boost Your Immune System 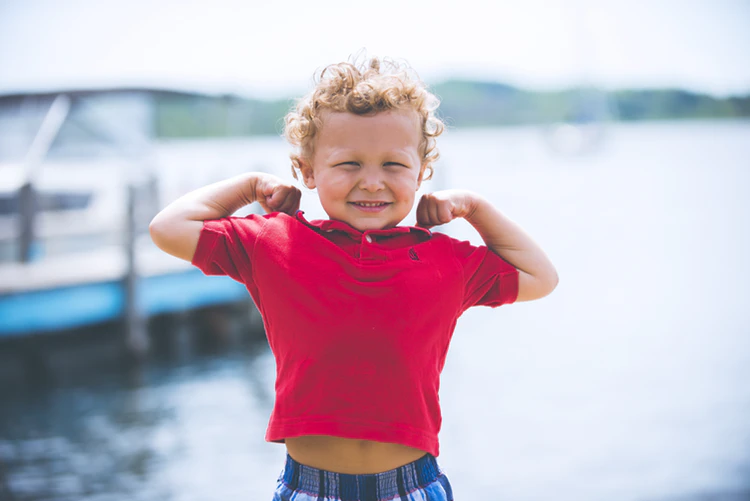 Imagine your immune system as your body’s defense mechanism. Typically, it does a remarkable job of protecting you against invadersーmicroorganisms that cause disease. However, at times, the immune system falls short, letting an invader in, resulting in illness.

To ensure your immune system is able to perform, it’s important you make choices that strengthen it – even before you're sick. Here are 5 ways to boost your immunity, ensuring you can remain healthy (in all seasons!).

Studies have shown that sleep and the circadian system exert a strong regulatory force on immune functions. It’s not uncommon for work and the daily callings of life to get in the way of a good night’s. However, without proper rest, your body produces fewer cytokines, proteins that target infection and inflammation. During sleep, your body both produces and releases cytokines – so get your recommended seven to nine hours in order to achieve optimal health!

It’s common knowledge that a well-balanced diet is important. Studies say that optimal nutrition for the best immunological outcomes would be nutrition which supports the functions of immune cells allowing them to initiate effective responses against pathogens. Immunity begins largely with what you eat. So, eat a diet rich in fresh fruits, veggies, grains, and lean proteins – and be liberal with anti-inflammatory foods like citrus, bell peppers, garlic, ginger, and turmeric

Stress induces the production of cortisol, which in small amounts can limit inflammation and boost immunity. However, prolonged exposure to cortisol causes further inflammation, as the body becomes accustomed to its presence in the blood. In addition, stress reduces the body’s lymphocytes, white blood cells that combat infection. Limiting stress is plays a major role in fighting illness. While it may seem impossible, there are a number of simple ways to reduce stress – such as yoga, meditation, and exercise.

Not only does exercise decrease stress, but it also improves defense activity and metabolic health, which in turn, positively affects the immune system. While the recommended amount of exercise varies per person, a good starting point is 30 minutes of moderate exercise five times per week.

As Larry Kenney, Phd, a professor of physiology and kinesiology at Penn State puts it, “Hydration is important because the body is comprised mostly of water, and the proper balance between water and electrolytes in our bodies really determines how most of our system function, including nerves and muscles.”  Not sure how much water to consume? Given your age and weight, this hydration calculator shows how much water you should drink per day.

Through healthy lifestyle choices, you can build your immunity over time. That being said, IV drips are an effective way to quickly give your system a boost. If you are not receiving an adequate amount of nutrients through diet and supplements, your immune system can suffer. Unlike oral nutrient intake, IV drips deliver vitamins and minerals directly to your bloodstream. With IV drips, nutrients bypass the digestive tract, meaning that you receive their effect almost instantly at a much higher absorption rate. Plus, as mentioned earlier, your body needs fluids – especially when trying to fight off illness. IV drips deliver the hydration your cells require to function at their peak.

There is no denying that a properly functioning immune system begins with simple healthy lifestyle choices. IV drips can act as an auxiliary measure in boosting immunity. Whether you need some added support or want to take precautionary steps in fighting illness, IV drips can be a great option for enhancing immune health.

With ivee, getting an IV drip has never been easier. Just download the app and choose your treatment. Enter your location, and a nurse will be on their way. In no time, your immune system will be on the fast track to functioning at its best.

This article was originally published at iveeapp.com.